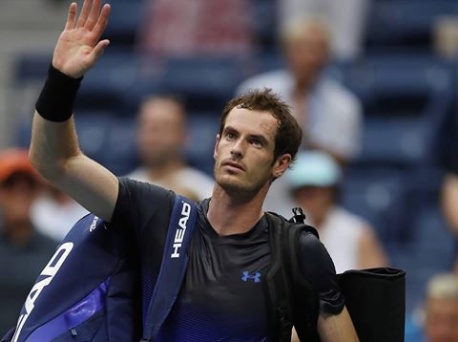 British most successful tennis  player, and Grand slam winner, Andy Murray has announced that he will be retiring from tennis due to a constant hip injury, and 2019 will be his last, as he aims to retire after Wimbledon.

According to CNN report, Andy Murray who had long suffered a hip injury, made the announcement in an emotional press conference ahead of the Australian Open, which starts Monday.

The Scot admitted the year’s first major could be his final event, such is the state of his surgically repaired hip.

Andy Murray six years ago, became the first British man to win at home at Wimbledon since Fred Perry in 1936. He has won two other grand slams and is the lone man to win back-to-back Olympic singles gold medals.

Murray, 31, received a knighthood for his tennis achievements and charity work on the eve of 2017.

He will become the first member of tennis’ so-called “Big Four” — Roger Federer, Rafael Nadal and Novak Djokovic are the other three — to quit the game.

All 176 Passengers On board Ukrainian Airplane Killed In Crash

Toni Kroos to remain at Real Madrid till 2023

A Lagos Court orders the arrest of Jay Jay Okocha

Meghan Markle reveals motherhood has been tough with the media