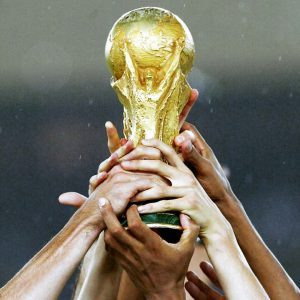 The right to host the FIFA 2026 world cup has been won by the United States, Canada and Mexico as announced by the World football governing body FIFA.

This was made known after the hosting right election held a few hours ago by delegates on Wednesday. Though some people have kicked against a joint bid, FIFA who has the intention of expanding the number of participating teams in future world cup, saw it as a way to ease countries off pressure if hosting it alone and also giving opportunities to more countries to participate.

After the Japan-Korea world cup, the joint hosting of the FIFA world cup returns to North America after 24years, which was the last time United State hosted the World cup, popularly known as USA94.

This result means the hope of Africa getting to host the world cup for the second time after South Africa in 2010 has been dashed, as Morocco who was fighting to win the right, could only gather just 65 votes, while North America scored 134 votes out of the total 203 votes.

PHOTO: Eden Hazard Tips Nigeria To Reach Round-16 With Belgium Vs England Final

Nobody has your back like your mother-Odion Jude Ighalo

Cardi B reacts to Jay Z partnering the NFL