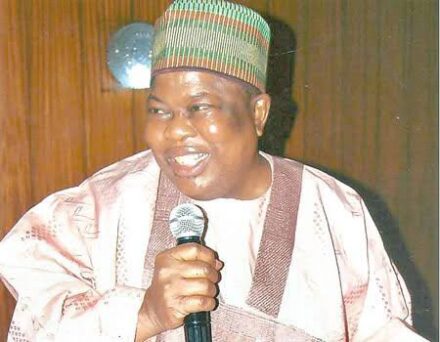 The Peoples Democratic Party (PDP), have joined millions of Nigerians to mourn the National Chairman of Labour Party, Alhaji Abdulkadir Abdulsalam. The party expressed shocked and grief over the sad news.

The party in a statement released on Tuesday 29th December 2020, by its National Publicity Secretary, Mr Kola Ologbondiyan, described Alhaji Abdulkadir Abdulsalam as a selfless politician and very patriotic opposition figure. The party stated that the late party chairman dedicated his life in pursuit of justice, good governance and entrenchment of democratic values in the country.

“The death of Alhaji Abdulsalam is indeed a national tragedy especially coming at this critical time when our nation needs his patriotism and wealth of experience the most in the collective quest to rescue our country from the stranglehold of misrule.

PDP commiserates with the Abdulsalam’s family, the Labour Party, as well as the Coalition of United Political Parties (CUPP), where he played a major role in its formation and prayed God to grant Alhaji Abdulsalam eternal rest,” the party said.

Explosion At Aden Airport Kills 22, With Many Injured