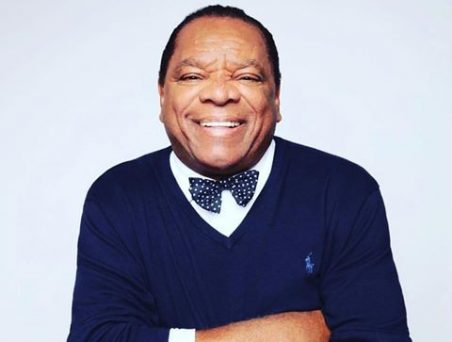 Legendary Hollywood comedian and actor, John Witherspoon has died, he died at the age of 77, the Witherspoon family had announced a few hours ago.

John Witherspoon who was best known for his role in Ice Cube’s ‘Grumpy Dad’, died on Tuesday at his home in Sherman Oaks, California, according to Deadline.

The Witherspoon’s family revealed in a statement posted on his social media accounts that the star had passed away.

“It is with deep sadness we have to tweet this, but our husband & father John Witherspoon has passed away,” the tweet read, which was accompanied by a photo of Witherspoon smiling widely.

“He was a legend in the entertainment industry and a father figure to all who watched him over the years. We love you ‘POPS’ always & forever,” the statement concluded.

He is survived by his wife Angela, whom he married in 1988, and his sons Alexander and John David Witherspoon.

John David spoke out about his dad’s death, sharing a series of sweet childhood memories on Twitter.

“So… my Dad died today & honestly I’m not sure how to feel. I’m sad, but I’m also happy 4 all the great times we had together. We’d roast each other like homes more than Father & Son, and I really liked that. He was my best friend & idol,” John David expressed. 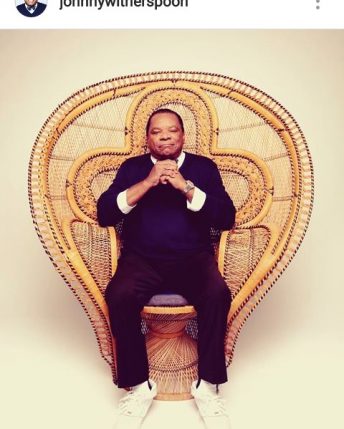 John Witherspoon was born in Detroit in 1942 as John Weatherspoon. He launched a stand-up comedy career and began acting in the late 1970s with guest-starring TV roles, making his feature debut in 1980 The Jazz Singer.#Witherspoon appeared in numerous films, including Hollywood Shuffle, #Boomerang, Vampire in Brooklyn, The Ladies Man and Fakin’ Da Funk.

Witherspoon was perhaps best known for his role as Ice Cube’s grumpy dad in the 1995 breakout hit Friday. He also appeared in the sequels Next Friday and Friday After Next and was expected to reprise his role in the long-gestating final instalment of the franchise titled Last Friday.

Witherspoon also voiced Gramps on the cult animated series The #Boondocks. He likely would’ve returned for the series’ upcoming revival on HBO Max. Also known for his role as Pops on The Wayans Bros., Witherspoon did stints on such comedy series as The Tracy Morgan Show, The First Family and Black Jesus. He also was a frequent guest on Late Show with David Letterman.

Even with his busy film and TV career, stand-up comedy remained an important part of Witherspoon’s life. At age 77, he continued to perform regularly and had several dates coming up at the time of his death, the deadline had reported.