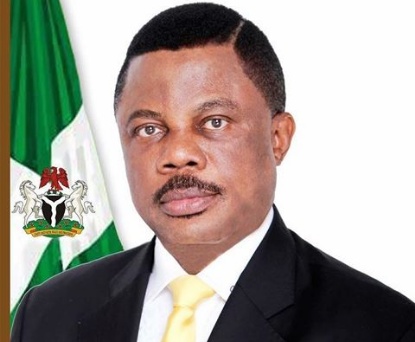 The Anambra State House of Assembly on Tuesday screened and confirmed the appointment of 21 people nominated by Gov. Willie Obiano as chairmen, Local Government Transition Committee.

The tenure of the transitional committee, as approved by the state assembly, is three months, after which it could be renewed or fresh appointments made. Addressing chairmen of the transition committee, the Speaker of the House, Mr Uche Okafor, said that the screening and confirmation was aimed at fostering good governance at the grassroots.

Uche urged them to be committed and key into Gov. Obiano’s developmental projects, and as well, monitor the projects in their localities. “I urge you to initiate programmes that will better the lives of the rural populace and shun acts capable of retarding the progress of the state, “Okafor said. Speaking on behalf of his colleagues, Chairman of Idenmili North LG, Mr Raphael Nnabuife, thanked the legislators for confirming their appointment. Nnabuife promised that they would live up to people’s expectations

Meanwhile, Mrs Beverly Nkemdiche (Onitsha South), expressed reservations over the person nominated to be chairman of the Local Government Transition Committee in her constituency.

“I did not nominate you, so I cannot step you down. I am, however, compelled to confirm you as the chairman, Transition Committee for Onitsha South, ” she said.

NAN reports that a former member of the house, Mr Chukwudi Orizu, who represented Nnewi North Constituency and a former Deputy Speaker at the state assembly, was among the local government transition committee chairmen.

UTME results finally out, as 1.3m scored below 50%

Sultan of Sokoto Sa’ad Abubakar announce sighting of the moon

Buhari receives his certificate of return from INEC