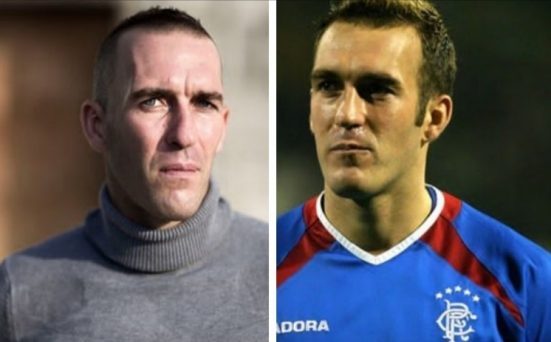 Rangers FC has announced the death of their ex-player, and legend, Fernando Ricksen at the age of 43, after battling with motor neurone disease. The Scottish club said this on their official website where they posted a message of his passing saying:

‘Rangers is deeply saddened to announce that former player Fernando Ricksen passed away this morning following his battle with motor neurone disease,’
‘Fernando spent six trophy-laden seasons at Ibrox having initially joined a number of other Dutch players under manager Dick Advocaat in the summer of 2000.’

Fernando Ricksen, who spent six years at Ibrox, announced he was suffering from the disease in October 2013.

Ricksen, who won 12 caps for Holland and was signed by Rangers from AZ Alkmaar for £3.75million in 2000, raised awareness and funds to help other sufferers of motor neurone disease through the Fernando Ricksen Foundation. A benefit match for the Dutchman, held at Ibrox in January 2015, saw over 41,000 fans attend and raised £320,000 with the proceeds split between Fernando, his daughter Isabella, MND Scotland and the Rangers Charity Foundation. Rangers added:

‘The thoughts of everyone at Rangers is today with his wife Veronika, his daughter Isabella and all his family and friends.’

Tokunbo Idowu ‘TBoss’ shares the first photo of her newborn

Meghan Steps Out For One Young World Summit In London

The US believes Osama bin Laden’s son Hamza is dead