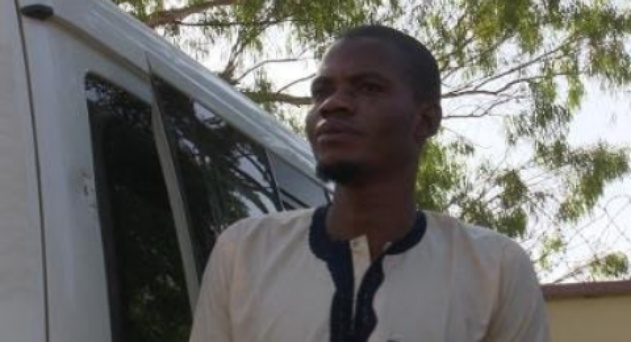 The Economic and Financial Crimes Commission, EFCC, on April 1, 2019 secured the conviction of one Rabiu Umar for offences bordering on currency counterfeiting.

Justice S.M. Shuaibu of a Federal High Court sitting in Kaduna before whom Rabiu Umar was arraigned, found him guilty of the eight-count charge preferred against him by the EFCC.

Umar’s Journey to prison started when he was arrested by officers of the Nigeria Security and Civil Defence Corps (NSCDC) in possession of counterfeit currency notes of N1,000 and N500 denominations. He was subsequently handed over to the EFCC for investigation and prosecution.

Rabiu Umar had pleaded “not guilty” to the charges when he was first arraigned on December 14, 2018, thus paving the way for his trial to commence.

In delivering judgement, Justice Shuaibu held that the prosecution proved its case beyond every reasonable doubt and sentenced him to 15 months in prison on each of the counts. The sentences are, however, to run concurrently.

EFCC arraigns one Ismail Yunus for defrauding two Americans of $70

PHOTO: “What Is Happening To Dino Melaye May Happen To All Other Sycophants”-Reno Omokri

EFCC denies alleged raid on the home of Walter Onnoghen

Appeal Court rules in favour of Adeleke, was eligible to contest