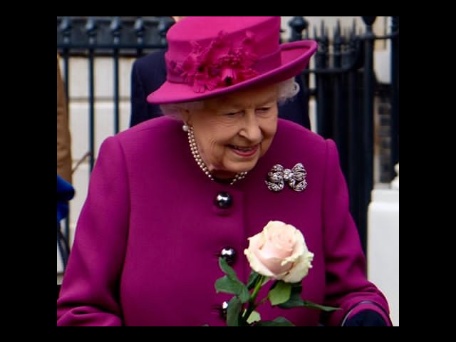 The United Kingdom and the Royal Family through Queen Elizabeth have expressed their sadness on the news of a tropical cyclone Idai that have hit some countries in the Southern African region of Africa, claiming some lives with it, as the Queen makes some donations to Disaster team to help situations in the affected countries.

The tropical cyclone Idai which affected countries such as Malawi, Zimbabwe and Mozambique have seen almost 1,000 losing their lives, and more could lose their lives as local and International efforts are struggling to rescue more people from the deadly cyclone Idai.

In a separate Message, the Queen of the United Kingdom writes President Mutharika of Malawi, President Nyusi of Mozambique and President Mnangagwa of Zimbabwe to express her sadness, while also showing her support to the rescue efforts still ongoing.
The Queen’s message reads:

“Her Majesty The Queen has sent the following messages to countries affected by Cyclone Idai. Her Majesty has also made a private donation to the Disaster Emergency Committee appeal.

Message to President Mutharika of Malawi
Prince Philip and I were deeply saddened to learn of the loss of life and widespread destruction caused by flooding and cyclonic winds in Malawi last week.

Our thoughts and prayers are with the family and friends of the victims, and to all those who have lost their homes and livelihoods.

Message to President Nyusi of Mozambique
Prince Philip and I were deeply saddened to learn of the devastation and loss of life caused by Tropical Cyclone Idai in Mozambique.

Our thoughts and prayers are with all those who have lost loved ones and those who are in urgent need of food, water, medical care and shelter.

Message to President Mnangagwa of Zimbabwe
Prince Philip and I offer our deepest sympathies to the people of Zimbabwe, who have been so severely impacted by Cyclone Idai.

Our thoughts and prayers are with all those who have lost loved ones, livelihoods, and those too who are in urgent need” she said.

Fans are freaking out as Beyonce makes her Lion King debut