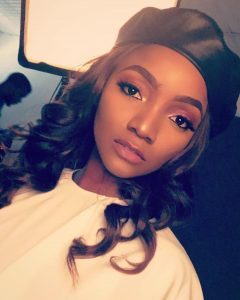 Nigerian Afro beats Singer, Simi is clearly stepping up not just her game in terms of songs, but her looks and sense of style. The singer shared yet another photo of her rocking a camouflage top and boot. The singer who sometime ago put up a video of herself doing a cat walk, struck a killer pose in this new photo, you did think, she is a professional model.

Simi who have been described by some people in as snobbish, touched on self esteem, as she clearly tries to dismiss such insinuation with this photo and the caption. Putting up the photo few minutes ago on her Instagram page, as the photo shows her putting on a camouflage top, with black pant to match, while also settling for a black and green camouflage boot. She captioned the photo with:

…a great self-esteem is not an attitude problem

PHOTO: PSG: Neymar To Be Out For Two Months

Nasir El-Rufai once referred to Southern women as whores- Reno

See Photos of the First family of Oyo State, Seyi Makinde and family

BREAKING NEWS: Senator Dino Melaye Arrested At The Abuja Airport On His Way To Morocco