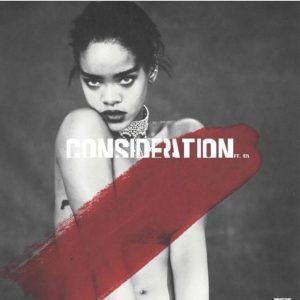 American and Barbados native, Rihanna just cannot stop breaking and creating records. The beautiful singer now holds the most number one billboard hit songs just from one album, just made yet another history, breaking 42years record.

The singer has 8 number one billboard hits from her album, and CONSIDERATION featuring Sza breaks the history books, making it her number 8 songs that will be topping the billboard from a single album. 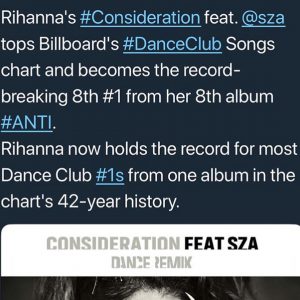 Rihanna no doubt has attained a new height, from her very first one number on the billboard, SOS to Unfaithful, she has definitely shown that she is the queen in the game. She has over 14 billboard topping songs and counting….

The singer who was over enjoyed for breaking a 43year record, took to her social media page to thank God, her fans and Sza for the history making event. She said:

Glory and Exaltation to His name! ?????? thank you guys for the support! Big ups to da homie @sza

PHOTO: See Picture, as Ice Prince shares throw back picture of himself and mom

Booba And Rohff To Squash Beef Inside A Boxing Ring