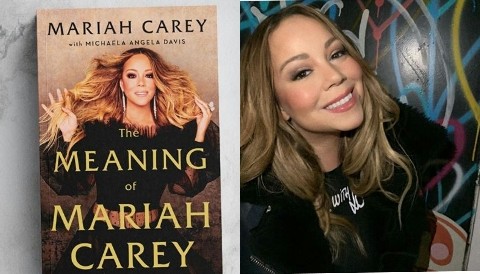 Mariah Carey Sued By Sister Over ‘Humiliation’ In Memoir

Mariah Carey sued by her sister, Alison A. Carey, in New York court over the contents of the singer’s recent memoir, “The Meaning of Mariah Carey,” which describes a contentious and deeply estranged relationship between the superstar and her eight-years-older sibling.

The suit says that Carey “callously dismisses plaintiff as her ‘ex’ sister. But instead of saying no more than that, the defendant used her book to humiliate and embarrass plaintiff as stories about the memoir appeared in newspapers around the world, on TV and across the Internet, most of them with headlines repeating defendant’s allegations — all of them published without giving plaintiff any opportunity to respond.”

It further said the superstar “has publicly acknowledged the plaintiff’s vulnerability. In stories published several weeks prior to the release of her book, the defendant was quoted as saying the plaintiff is ‘damaged’ and ‘very broken.’ But despite that, defendant user her status as a public figure to attack her penniless sister, generating sensational headlines describing her lurid claims to promote sales of her book.

Defendant’s cruel and outrageous allegations have devastated the plaintiff. Already struggling with the unspeakable trauma of her childhood and having her own children abandon her, she has become severely depressed and uncharacteristically tearful since the publication of defendant’s book and now struggles, after a long time clean, with alcohol abuse.”

The singer’s reps did not immediately respond to a request for comment. Alison Carey declined to comment beyond what is in her court filing.

The document says that Alison sent a settlement offer to the singer’s attorneys by certified mail on Jan. 8 but got no response.

In “The Meaning of Mariah Carey,” the memoirist recounts growing up neglected as the child of divorced parents, often ridiculed for her interracial heritage, and subject to witnessing the rage of her brother, before moving on to a chapter that focuses on her relationship with her sister, “Dandelion Tea.”

Carey has some words of sympathy or admiration for her sister, describing her as “deeply wounded” and “the most brilliant and broken person I have ever known,” but the chapter mostly explores her allegedly being exposed to drugs or older men because of her older sister, when Mariah was 12 and Alison was 20, along with a physically debilitating encounter.

“Big sisters are supposed to protect you, not pimp you out,” Carey writes at one point, contending that Alison left her in the company of a boyfriend who put moves on her when they were left alone together.

She also describes a seemingly playful moment that turned horrific when “she threw boiling hot tea on me… my back was splattered with third-degree burns. I couldn’t recognize it as mine,” the singer writes.

“She burned my back and my trust. Any faint hope i’d help up to that point of having a big sister became scorched earth.” Adds Mariah later, “Alison has burned me in many ways and more times than I can count… The promise of her life was squandered in a tragic series of cheap bargains rather than being redeemed through the difficult, lifelong work of recovery and rebuilding oneself.”

In the chapter’s concluding passages, Carey writes, “Through the years both my sister and brother have put me on the chopping block, sold lies to any gossip rag or trashy website that would buy or listen. They have attacked me for decades. But when I was 12 years old, my sister drugged me with Valium, offered me a pinky nail full of cocaine, inflicted me with third-degree burns, and tried to sell me out to a pimp. Something in me was arrested by all that trauma. That is why I often say, ‘I am eternally twelve.’”

Alison Carey’s lawsuit says she disputes the allegations in the book and contends that her sister “presented no evidence to substantiate these serious allegations.”

One thing the two sisters agree on is that theirs was a very unhappy early home life, although the lawsuit contains a more lurid allegation about their upbringing than anything in the book. The suit says that Mariah “made these outrageous claims knowing that (Alison) is profoundly and permanently damaged as a result of being forced by defendant’s and plaintiff’s mother, while a pre-teen, to attend terrifying middle-of-the-night satanic worship meetings that included ritual sacrifice and sexual activity.”

In the document states that, as a result, Alison suffers from PTSD, anxiety and depression, and is also contending with serious health issues.

Alison Carey is representing herself in the legal action.
Released in late September, “The Meaning of Mariah Carey” debuted at No. 1 on the New York Times’ list of nonfiction bestsellers in early October. The singer has said in interviews that she is looking toward having the memoir adapted into a feature film or limited series.

U.S Will Not Pay For Meghan And Harry’s Security Protection – Trump

Take people out of your courtroom of Justice-Nadia Buari

Stephanie Okereke-Linus finally reveals she was honoured for DRY