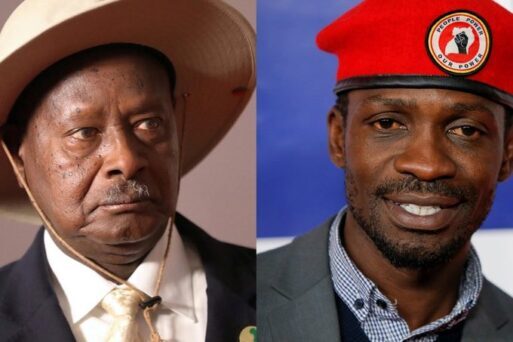 Singer, Davido is sending his prayers to the people of Uganda ahead of their Presidential election today, Thursday 14th January 2021.

The prayers from Davido who is one of the few highly respected African entertainers and someone who commands a large following across the continent, comes after reports of violence, unlawful arrests, torture of opposition members, especially the alleged beating and arrest of the wife of frontrunner and opposition candidate, Bobi Wine hours to election.

“Prayers up for our brothers and sisters in Uganda,” he said.

The Presidential election in Uganda which is currently ongoing, has Bobi Wine, a 38-year-old musician, as the frontrunner among the 10 opposition candidates looking to replace Yoweri Museveni, who is seeking a sixth term and has been in power for 35years.

There is a wide call across the African continent mostly among the youths calling for the 76-year-old dictator to step down. Most of them see this election as an opportunity for the people of East African country to finally unseat the their longtime-dictator.

Before today, there were reports of calls within the Museveni regime to shut down all social media platforms as they alleged that Bobi Wine and his collaborators, the foreign governments and homosexuals are using them to try and destabilize the country. They said in a statement on Tuesday, that the move to shut down social media was also a retaliation for Facebook blocking some pro-government accounts.

So far, government officials are saying that the election has been peaceful, but opposition candidates and their members are alleging that Police and government agents are denying them their rights to vote, as complaints of arrests and intimidations continue to spread across the country.

Dr Akin-Olugbade: Limit Of Money And Unlimitedness Of God- Reno

Oil Price Rises To $40 As Optimism Mounts On Production Cuts

Buhari to forward Ministerial nominees to Senate this week-Lawan

We don’t need your giveaways, end SARS-Nigerians to PPRO Dolapo