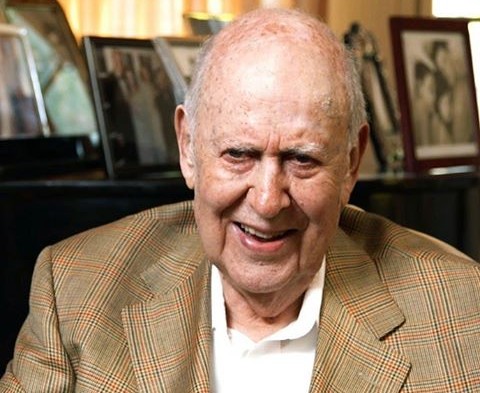 Carl Reiner, one of the most prolific entertainers in the history of show business has died, TMZ reports.

According to the report by TMZ, Carl Reiner died Monday night at his Beverly Hills home. His family was with him when he passed, the report added.

The late CArl Reiner will be remembered best for “The Dick Van Dyke Show,” which he created and starred in. Carl played the role of a very temperamental comedian, Alan Brady who terrorized Dick Van Dyke’s character and the other writers.

Reiner received the prestigious Mark Twain Prize for American Humor back in 2000.

He is the father to Rob Reiner, who is one of his three children.

Manchester United Will Not Pay More Than £50m For Jadon Sancho

France COVID Border Testing For Travellers To Be Lifted

British Royal Family: Harry And Meghan Not Return To UK