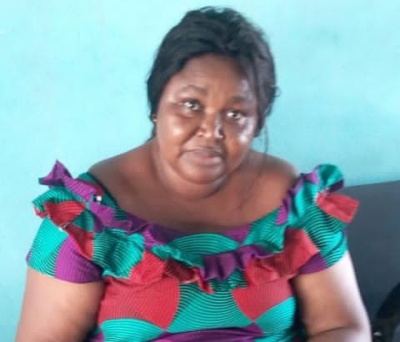 EFCC nabs one Anna Ogbole,company for issuance of Dud Cheque

The Economic and Financial Crimes Commission, EFCC, Makurdi Zonal Office, on Tuesday, May 14, 2019, arraigned one Anna Ogbole and her company, Henot Global Business Limited on a two-count charge before Justice S. O. Itodo of the Benue State High Court, sitting in Makurdi for alleged issuance of dud cheque.

Trouble started for Mrs Anna Ogbole when the Makurdi office of the Commission received a petition against from the plaintiff, who alleged that he entered into an agreement with the defendant to finance a contract, awarded to her company, Henot Global Business Limited.

The plaintiff further alleged that he made N3,200,000 (Three Million, Two Hundred Thousand Naira) contribution towards the execution of the project and that the suspect later issued him a cheque of the said amount which was returned unpaid by the bank due to insufficient fund.

He further revealed that he exhausted all avenues available to him to persuade the defendant to honour their agreement.

Count One of the charges reads:

“That you Anna Ogbole being the managing director of Henot Global Business Limited and you Henot Global Business Limited on or about the 19th November 2017 at Makurdi within the jurisdiction of this honourable court, did with the knowledge that you had insufficient funds in the account of Henot Global Business Limited, issued to one Adima Godwin Egbe, a First Bank Cheque No. 19659920, dated 19th November, 2018 for the sum of N3, 200, 000.00 (Three Million, Two Hundred Thousand Naira), only, which the said cheque, when presented for payment within three months of issuance, was dishonoured due to insufficient funds and you thereby committed an offence contrary to Section 1 (1) (b) of the Dishonoured Cheques (Offences) Act Cap D11 Laws of the Federation of Nigeria 2004 and punishable under Section 1 (1) (b) (i) and (ii) of the same Act.”The accused pleaded not guilty to the charges.

IGP Orders The Arrest Of Policemen Assaulting A Young Man

PHOTO: See Celebrities At The England Vs Nigeria Game In Wembley London