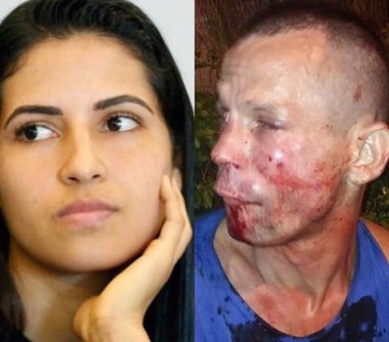 A few hours ago, UFC Boss, Dana White shared a photo of Polyana Viana and a man whom she allegedly battered for attempting to rub her with a cardboard gun in Brazil.

Polyana Viana was reported to have disarmed the man of his cardboard gun, while also leaving him with some horrific facial injuries, he will long remember.

According to a report, while he was being battered by Polyana Viana, he cried out begging her to call the Police instead…lol

The Brazilian was said to have been waiting for her Uber in Rio de Janeiro when the misguided criminal demanded she hand over her phone.

After claiming he had a gun, Viana punched and kicked the would-be-robber before locking him in a rear-naked choke.

Viana, 26, kept the man in a submission while she waited for police to arrive.

She told MMA Junkie: “When he saw I saw him, he sat next to me.
“He asked me the time, I said it, and I saw he wasn’t going to leave. So I already moved to put my cell phone in my waist. And then he said, ‘Give me the phone. Don’t try to react, because I’m armed.’

“Then he put his hand over [a gun], but I realised it was too soft.” 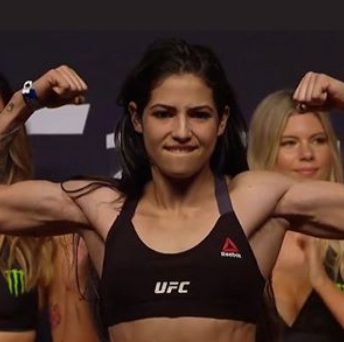 The ‘gun’ turned out to be a cardboard cut-out.

“He was really close to me. So I thought, ‘If it’s a gun, he won’t have time to draw it.’ So I stood up I threw two punches and a kick.

“He fell, then I caught him in a rear-naked choke. Then I sat him down in the same place we were before and said, ‘Now we’ll wait for the police.'” 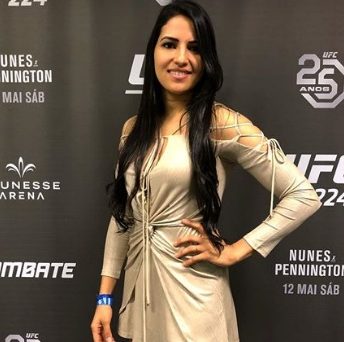 Viana, who is 1-1 in the UFC but won nine of her ten MMA fights before that, insists she was calm throughout the attack.

She said: “I was fine because he didn’t even react after. Since he took the punches very quickly, I think he was scared” she said.

See Nominees for CAF Women Player of the year

Scooter Braun And Yael Split After 7 Years of Marriage