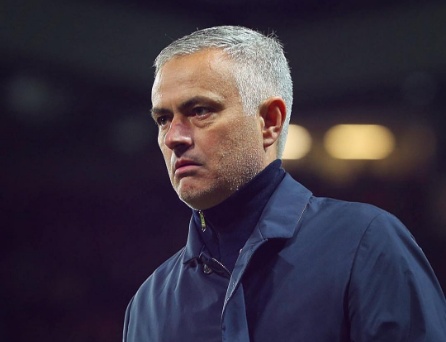 Ahead of the Manchester derby on Sunday, Manchester United manager Jose Mourinho in a press conference, is quick to remind pundits and doubters that his team always find a way to take a result against some so called ‘better teams’, as they have developed a fighting spirit.

Jose Mourinho praised his team for the results at Chelsea, Newcastle and Juventus, saying his team never give up until the final whistle, and they have shown this in the past games they have played, and as they travel to the other side of the city for the Manchester derby, he said:

“We are not a team that gives up. We are a team that always finds a way to fight back, sometimes changing results and other times not,” Mourinho said.

We are a team that has that collective spirit to fight back but it is not always possible.

“So if we keep conceding goals before the opponent we will arrive at the day where we cannot come back so we have to make sure that we grow up, not just in our approach, but also in our compactness [in order to] start matches well.

“Against Juventus, I have to say that happened. We conceded a goal in minute 60 or something like that and we had a good start. I would even say that in the first 15 or 20 minutes we were totally in control.”

“We played two difficult matches away against two very good teams, Chelsea and Juventus, and we managed to get good results,” Mourinho said.

“And even if the good results were not in our pocket, the performances were there. The positive attitude was there so we are going to try.

“But Manchester City is a very powerful team.”

“It is difficult for me to answer because I focus on my job,” Mourinho said. “I focus on football.

United go into the match seventh in the Premier League, nine points adrift of leaders City. Defeat would leave a seemingly-insurmountable 12-point gap between the sides.

Mourinho, however, is not keen to consider the implications of a loss.

“I don’t think that is the way to look at the match. We have to think just about the match. The match is difficult enough by being a nice, elated event,” Mourinho said.

“If you want to put that match into the context of where we are and where we can be then it becomes even more difficult.

“I just want to play the match. [It is] a difficult match against a very difficult team but I don’t think they think it is an easy match for them.” he said ahead of the Manchester derby

Odoi undergoes a successful operation on his ruptured Achilles

PHOTO: Mark Zuckerberg Goes On A Lunch Date With Daughter

Kevin Hart’s car crash: Investigation reveals the cause of accident