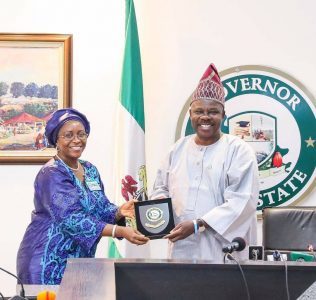 Image: Governor Amosun Being Honoured At His Office In Abeokuta Ogun State, NIgeria

Before Monkeys and Snakes would come and start swallowing and disappearing with the monies, is best we put them in best use as soon as possible. If you have been following the news of late, such a statement should not be strange to you. This was the thought that came to me when I heard that the Ogun State Government through the Federal Ministry Of Health will be spending over N3billion Naira on insecticide mosquito nets in the State. 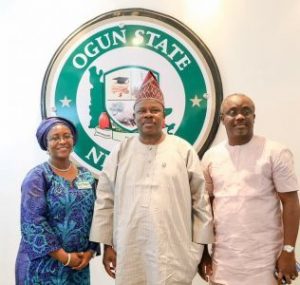 I do not know how much it cost to get one treated net, but if there is anything, I do know that World Health Organization do provide these treated nets for free to third world countries to combat malaria resulting from mosquito bites. This move is aimed at reducing the number of pregnant mothers with malaria in these countries, and also reduce malaria related deaths in new born. 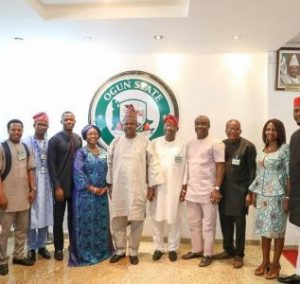 So, was I shocked to hear the huge amount the Government is budgeting or have budgeted…if ever there was a budget…for this projects? No, and the reason is simple…as long as these monies are not going into the ‘Nigerian Animal Farm’, I have no qualms…lol

The Ogun State Governor, Ibikunle Amosun receiving the delegates from the Federal Ministry Of Health and some State Officials at his Abeokuta Office, released this statement on his social media handle:

Over three million Long Lasting Insecticide Treated Nets, worth 3 billion Naira, will be distributed to residents of Ogun State, between March and May this year.

Minister of Health, Prof. Isaac Adewole, disclosed this, when a team of the National Malaria Elimination Programme (NMEP) paid an advocacy visit to the Governor of Ogun State, Senator Ibikunle Amosun in his office yesterday.

Represented by the Director of Public Health, Federal Ministry of Health, Dr. Evelyn Ngige, the minister said the programme will be carried out by the Global Health Fund for Malaria and Tuberculosis (GHFMT) in conjunction with the Catholic Relief Services (CRS) and the NMEP.

The minister urged the Ogun state government to support the project, through the training of personnel, provision of storage facilities in all Local Governments Areas in the state and security for the operatives.

Revealing that the programme will be flagged off by the end of March, Adewole also called for the assistance of the government, with increased budgetary allocations to malaria control, support funds for the distribution of malaria medicine and the purchase of malaria drugs.

In his response, the governor said the state will ensure necessary mobilisation and campaign towards the success of the programme.

According to him, it is in the interest of the state government to support the initiative for adequate distribution, adding that traditional and community leaders as well as relevant agencies will be involved.

PHOTO: Tyra Banks Shows Off Her Artistic Side With This ‘Tyger’ Painting

PHOTO: Charly Boy Shares Some Sultry Photos Of His Girls

Sylva Hands Over Ambulances To SGF, As NNPC Donates N10bn

Breaking: PENGASSAN Calls For The Removal Of Chevron MD

PHOTO: “The Killings In Plateau Were Retaliatory Over 300 Stolen Cows By Farmers” -Miyetti Allah

PHOTO: Saraki will become a bencher when NASS reconvene- Yekini